Popshit Records is an indie label with music in many different directions, we span from singer-song-writer to Metal to Indie rock and pop music.

The idea emerged from us being frustrated with the fact that talented local bands were not getting much help in furthering their ambitions, and we saw that a label could help them along with their carrier.

The name “Popshit” was chosen as our sound recording studio bears the same name. The name was original taken from the local band Natural Born Hippes first album which was simply called “Popshit”.

And as our sound studio "Popshit Studio" is in the same building we of course also help bands with their recordings if desired. We feel that the town of Randers, where we are based, is a thriving city of entertainment and talent, but we feel that it’s not being given a chance to show its full potential, and thats something we aim to change.

Typically our clients are local bands who are looking to further their development with support from us. We ensure they get the chance to do that with an album/ EP/ or single release, and us as the base point. Mostly we release digitally and on vinyl print, but in some cases we also release on CD. We also aim to branch our artists out in Denmark and maybe abroad. 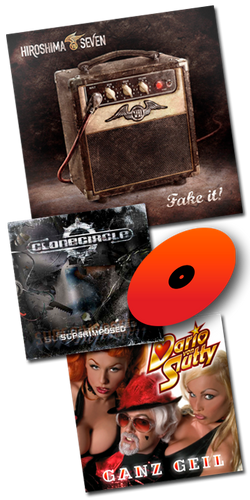